Off The Air Next presentation in: 0 Days 0 Hours 0 Min

Sign up to receive notifications and reminders of our presentation schedule!

Our streaming shows are only possible with the generous support of our major sponsors: 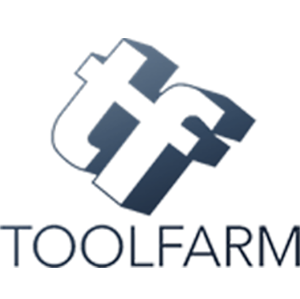 Alex Parker is a freelance Animator + Designer, working under her freshly founded freelance brand, Ladybird Animation. Known mostly for her mid-century design aesthetic and relentless use of the color pink, Alex is no stranger to quirky character animation and telling stories her way: one frame at a time. Her motto is pretty simple: ‘Bright colors. Black coffee.’

Amanda Godreau is a Puerto Rican designer that likes to make things move. She works as a designer and animator for studios and clients alike and attends Ringling College of Art and Design's Motion Design Department. She enjoys working in all kinds of mediums and exploring new possibilities.

Amanda grew up in Puerto Rico and has since moved to Sarasota, Florida to pursue her degree. She's always looking for cool projects to work on and cool people to meet!

Andrew Kramer is a creative director known for his design work on film & TV as well as his contributions to the design community through innovative tutorials and creative plug-ins.

Angie is a Motion Graphic Designer currently working as an FUI (Future/Fantasy User Interface) Designer at Scarab Digital in Vancouver B.C. She also instructs the 3D fundamentals course at Vancouver Film School. Angie loves mentoring others and helping people problem solve.
​
Since 2007, Angie has been involved on a wide range of projects, from corporate products to feature films. Her most recent works are featured in Superman and Lois, Batwoman, Supergirl, and The Flash, as well as screen graphics for Sonic the Hedgehog.

When she is not at her computer she can usually be found either riding her motorcycle into the wilderness, riding her bicycle, relaxing on beautiful beaches or flying her drone!

Blake Kathryn is a Los Angeles based visual artist. Her work balances between concept and commercial realms spanning across various industries including music, fashion and tech. Blake's work is recognized for its vibrant palettes and ethereal undertones with a surreal futurist aesthetic.

Bruna (Brunaaart) is a Brazilian 3D artist and visual designer, who is currently based in Berlin. Bruna’s work usually has a magical, mysterious and ethereal vibe, often representing women who are very powerful, emotional and yet delicate. Some other influences to her work are nature scenes, mythology and occasional cyberpunk elements.

Can is a freelance character generalist specialized in stylized characters. He lives in Germany and operates worldwide.

Bringing characters to life and telling interesting stories is his great passion and motivation. Besides directing, his technical experience spans from sculpting, shading and rigging characters all over to the animation part.

With over a decade of freelancing experience, his clients vary from small local studios to big international companies. He has supervised character animation for products like Lego, Nike, Payback and Caprisun. He taught animation and Cinema 4D at the U.A.S. Mainz, Germany. You can find him frequently talking at international conferences like Playgrounds, FMX or IBC.

Clint is the Show Runner at Corridor Digital, where he writes, directs, and pushes the boundaries of photo-real visual effects on the internet. He's passionate about creating quality and meaningful art and live-streams his VFX knowledge every week on his YouTube channel. Clint has two cats, loves kung-fu movies, plays too much Smash Bros, and needs more yoga.

Darlene is a 3D/2D generalist with a focus on 3D. She has been exploring different mediums over the past decade. For the past 4 1/2 years she has been working as a Motion Designer for the Tampa Bay Lightning, a professional hockey team in the NHL. While not slinging graphics at Amalie Arena, she can be found on the cycling trail by the bay or at home creating art for fun and to grow stronger as an artist.

Born and raised in Mexico City. Studied film school in Cuba. Founded Polygoon in 2013, and ever since he has been developing 3D animated projects for both local and international platforms. He is an animation teacher and Cinema 4D consultant.

Yes, Herrerasaurus is a real dinosaur! ​

Jessica is a freelance 3D character artist based in Australia. Having worked full time for a few studios such as Animade, Gramm and Jumbla, she thought she might mix things up a bit by freelancing.

Raw & Rendered is Joey Camacho – a Canadian graphic designer creating thoughtful, conceptual designs and animations for brands around the world.

Joey is also the co-founder and creative director at AvantForm, a curated licensing platform dedicated to providing advanced CGI artists the most empowering and flexible way to license their work.

As Chief Creative Director at Perception, an award-winning creative consultancy based in New York City, John’s career is focused on a realm that ranges from Superheroes to Hypercars to future-tech. With years of experience in motion design, advertising and user experience, John’s workday now consists of contributing imaginative concepts to blockbuster films, and solving problems for some of the most exciting products in technology.

Jonathan Winbush has been working in Hollywood doing Motion Graphics for Movies and Television shows since 06. He has worked on properties for Marvel, Warner Bros, Hasbro, Discovery Channel as well as several virtual reality projects with Mix Master Mike, Mark Christopher Lawrence, Candy Crush & The Special Olympics. His work has won several awards internationally and most recently he's started his youtube channel where he freely shares tutorials and tips.

Julia Siemón is a Motion Graphics Director, Designer and Animator. She is faculty at School of Visual Arts teaching 3D design and animation to senior design students. Julia has worked on award-winning rebrands for Spike, Vice, and The Weather Channel as well as commercial work for Converse, Amazon, Yahoo, and many more. She likes to forage in between solving design challenges.

Kelcey is a Texas native and current motion designer at Primal Screen in Atlanta, GA. As a design and 3D enthusiast, she loves to create in the digital realm, but can’t resist the chance to get her hands dirty every now and then.

Luis Miranda is a 3D Motion Designer with a passion for empowering artists around the world. He serves as an Ambassador for Kitbash3D and a Teaching Assistant for School of Motion. His work in the world of sports branding earned Luis a Super Bowl Ring, which he received during his time as a Lead Motion Designer for the Denver Broncos.

Manager of Events and Community at Maxon

For over 10 years, he has discovered and welcomed to the presentation stage hundreds of talented artists from around the world. Host of the 3Dmotionshow.com and 3D motion tour, Mathias stays focused on growth by creating and nurturing a fun, inclusive, environment for artists, creatives, and technology partners.

Michael Rosen runs Samplistic Media, a creative motion design and post-production company in the beautiful Sonoma County hills just north of San Francisco. Fortunate to have worked on a plethora of large brands such as: Samsung, Microsoft, Salesforce, Subway, NBC, FedEx, MTV, Honda etc., as well as indie projects with heart, he loves what he does.

Beeple is Mike Winkelmann, a graphic designer from Charleston, SC, USA who does a variety of digital artwork including short films, Creative Commons VJ loops, everydays and VR / AR work.

After he began releasing a set of widely used Creative Commons VJ loops he has worked on concert visuals for Justin Bieber, One Direction, Katy Perry, Nicki Minaj, Eminem, Zedd, deadmau5 and many more.

One of the originators of the current "everyday" movement in 3D graphics, he has been creating a picture every day from start to finish and posting it online for over ten years without missing a single day.

Nadia is an Art Director / Senior Designer / Typographer / Concept Artist / Matte Painter / etc serving the screen entertainment industry since 2009. She animates when she has to. She art directs when she is allowed to. She is currently based in Los Angeles.

Nicole is a visual designer and illustrator. She currently works at RepairPal, where she has led the company's new 3D visual direction. She enjoys using 3D in design contexts by leaning on her experience of working with 2D graphics in order to achieve a unique final product.

Nidia Dias is a passionate freelance Art Director and Designer with several years of experience focused on styleframes and art direction for motion graphics. Currently living in Porto, Portugal, she works remotely with a number of different studios around the world such as Tendril, Blur, FutureDeluxe, and ManVsMachine just to name a few. Her work involves creating styleframes for pitches and awarded work, Art Direction, Digital Art as well as commissioned pieces.

Oliver is a 3D artist with a professional degree in design and 11 years of experience as a 3D generalist. He specializes in Cinema 4D and is a Cinema 4D Master Trainer. He currently works as a Creative Director at Believe Studio.

Pedro Ramos works as a Motion Designer at Territory Studio in London. He creates futuristic graphics for films, TV, video games and brands, imagining how future technologies work and connecting them to a story.

Penelope Nederlander is a two-time Emmy-nominated art director, motion graphics animator, and digital artist. with over 17 years in the field, her credits include the title sequences for Pitch Perfect, Temple Grandin and both Kung Fu Panda films, VFX on Aviator, Iron Man, and Superman, VFX supervising music videos for Dolly Parton, Sean Lennon, and The Killers, and creating the most recent high-resolution stereoscopic version of the MGM lion logo.

Ross Morris is a visual artist specializing in 3D, semi-procedural, and looping animations.

Art Director at The Mill

Sasha is Emmy Nominated art director and digital artist based in LA, California. Her background includes more than a decade of experience in motion design, entertainment key art and book cover art. She is currently working at Parallel NFT.

Stu Maschwitz is a director, photographer, writer, visual effects artist, and designer of filmmaking software. A graduate of CalArts, Maschwitz spent four years at Industrial Light & Magic, before co-founding the legendary visual effects firm The Orphanage in 1999. A champion of accessible filmmaking, Maschwitz wrote The DV Rebel’s Guide: An All-Digital Approach to Making Killer Action Movies on the Cheap, co-created the Fountain screenplay format and the screenwriting app Slugline, and maintains a filmmaking and photography blog at prolost.com. Maschwitz currently serves as the Chief Creative Officer of Red Giant, where he creates powerful, intuitive tools for filmmakers and motion designers.

Tatiana is a motion designer and animator currently living in New York City. She worked on projects for Television, advertising agencies, and big companies like Microsoft, AT&T, and Amazon. She loves using Cinema 4D for her day-to-day work, and for personal projects. When not designing or animating she can be found traveling and exploring the world, or rocking out at metal concerts.

Veronica is a Certified Medical Illustrator and the principal of Falconieri Visuals, a scientific and medical illustration, and animation studio. She uses Cinema 4D to visualize microscopic and nanoscale stories for clients in research, biotech, and pharma. When not nerding out about biology, she lifts heavy things for fun.

Will Harvey, aka REVILO, is a digital artist and motion designer. As a freelance artist, he has had the opportunity to work on concert visuals and or digital art for musicians such as Lil Uzi Vert, G-Eazy, City Girls, Megan Thee Stallion, SHAQ, and Lil Nas X. He also has created an image everyday for the past 3 years and is still going.