Off The Air Next presentation in: 0 Days 0 Hours 0 Min

to receive reminders and presentation schedules
and be entered win from over $10K in Prizes!

Our streaming shows are only possible with the generous support of our great sponsors: 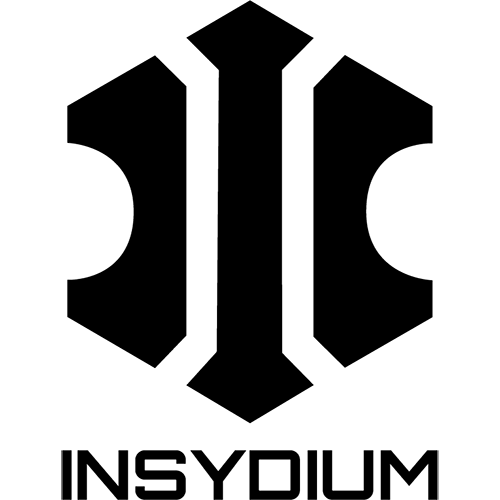 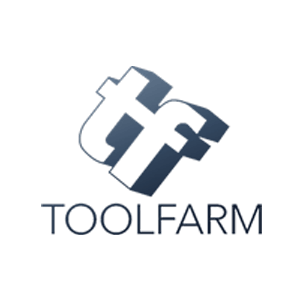 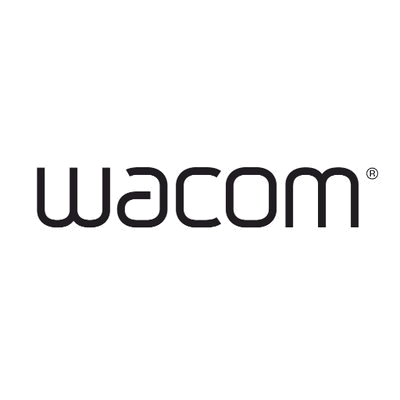 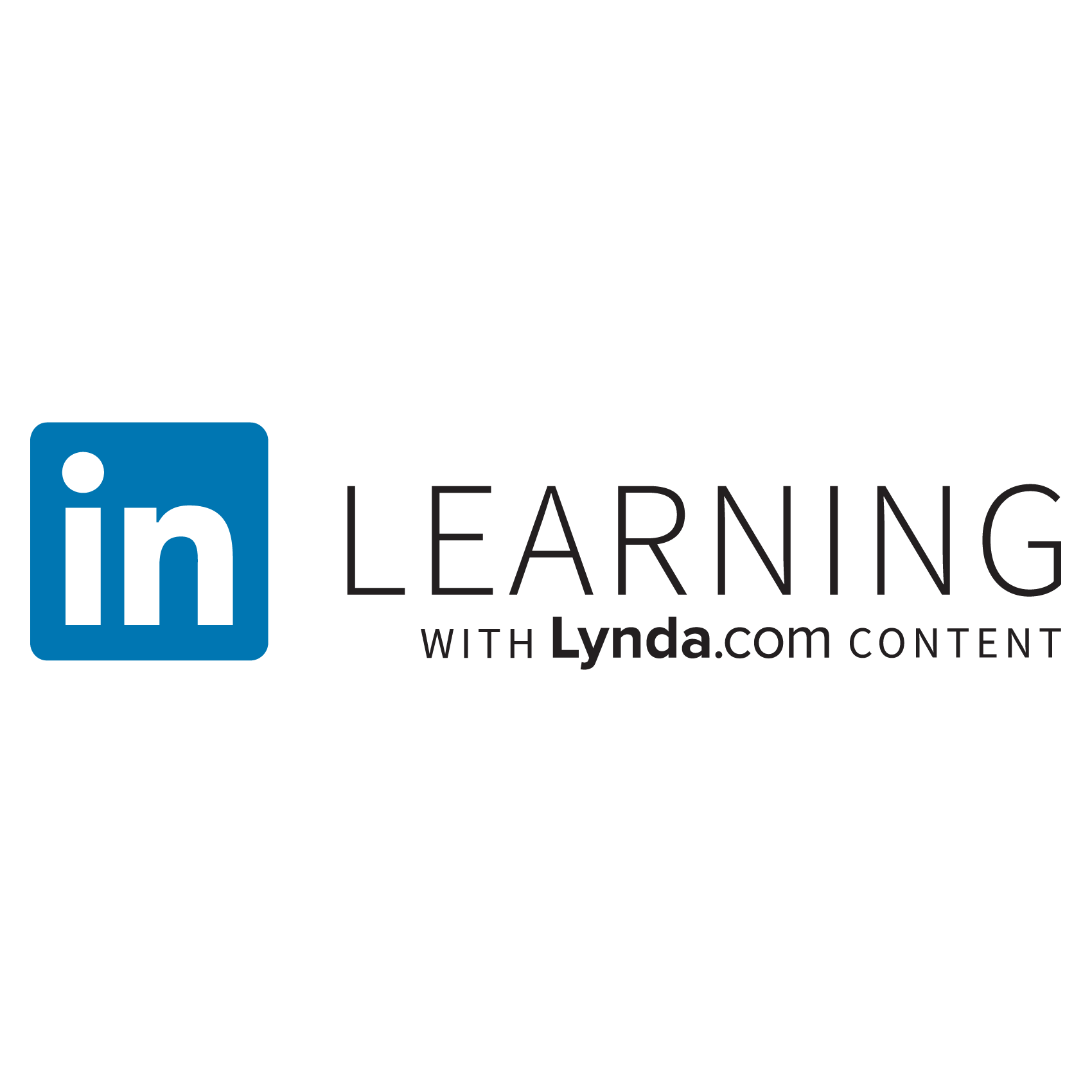 Alex Parker is a freelance Motion Designer and Character Animator, known mostly for her mid-century design aesthetic and relentless use of the color pink. Having taken home a Rookies Excellence award and an AICP Shortlist Award, Alex is flying into the freelance world to splash some color on it and to tell stories her way: one frame at a time. Her motto is pretty simple: ‘Bright colors. Black coffee.’

Amanda Godreau is a Puerto Rican designer that likes to make things move. She works as a designer and animator for studios and clients alike and attends Ringling College of Art and Design's Motion Design Department. She enjoys working in all kinds of mediums and exploring new possibilities.

Amanda grew up in Puerto Rico and has since moved to Sarasota, Florida to pursue her degree. She's always looking for cool projects to work on and cool people to meet!

Andrew Kramer is a creative director known for his design work on film & TV as well as his contributions to the design community through innovative tutorials and creative plug-ins.

Andy Lefton currently works as a senior 3D generalist and art director at MadMicrobe studios. He's been working in the realm of 3D, VFX, and illustration for about 15 years now and the challenges it brings makes the job even more enjoyable as it's an industry that's constantly moving and keeps him learning new things daily.

In his spare time, he enjoys working on short films which tend to lean more on the sci-fi or fantasy narrative. Music is also his lifeforce where he plays live and tours as time permits.

Arturo Wong is an Emmy, Promax, and Telly Award winner 3D Generalist based in Los Angeles, California. He has worked professionally for over a decade on major commercial projects, graphic packages, and re-branding packages such as ESPN, Miami Dolphins, CBS4, CBS Sports, HBO, Nissan, Miami Heat, and more. When it comes to 3D there is nothing he enjoys more than to find the magic behind the trick, the how of things work.

Athanasios Pozantzis a.k.a. "Noseman" has been making visuals for the advertising industry since 1989. Since then, he has tutored countless artists on Adobe software especially Cinema 4D and has created educational content for Cineversity.com, Lynda.com and Linked-in Learning.

It should be noted that most of his students ended up switching careers, becoming Yoga or Pilates instructors, and one of them became an unsuccessful real estate agent.

His main focus is still on converting briefs into images and animations, an undertaking that has definitely NOT won him an Emmy Award, although he did receive a Grand Epica in 2005. He resides in Toronto and is one of the few select Cinema 4D Master Trainers on the globe.

Blake Kathryn is a Los Angeles based visual artist. Her work balances between concept and commercial realms spanning across various industries including music, fashion and tech. Blake's work is recognized for its vibrant palettes and ethereal undertones with a surreal futurist aesthetic.

Bryan is a creative director, motion designer, and style-frame artist, with more than a decade of experience. His work relies upon Cinema 4D as a foundation for the creation of broadcast and commercial work. Bryan has worked with a wide range of clients including MPC, Framestore, The Mill, Toros Kose, Blacksmith, WeAreRoyale, HPE, Sarovsky, and Man Vs Machine. He is currently based in Los Angeles and NYC.

Can is a freelance character generalist specialized in stylized characters. He lives in Germany and operates worldwide.

Bringing characters to life and telling interesting stories is his great passion and motivation. Besides directing, his technical experience spans from sculpting, shading and rigging characters all over to the animation part.

With over a decade of freelancing experience, his clients vary from small local studios to big international companies. He has supervised character animation for products like Lego, Nike, Payback and Caprisun. He taught animation and Cinema 4D at the U.A.S. Mainz, Germany. You can find him frequently talking at international conferences like Playgrounds, FMX or IBC.

Chris is a San Francisco-based multidisciplinary artist with over a decade of experience in the Motion Graphics Industry. His diverse and vast body of work includes feature films, commercials, title sequences, music videos, games, VR, and experiential design.

Chris Schmidt is a 3D artist, educator, software developer and now founder of Rocket Lasso. Deeply rooted in Cinema 4D since 2000, he has hundreds of hour's worth of online tutorials and live streams. Aimed at helping newcomers and professionals alike, covering topics ranging from character rigging and advanced particles setups, Sketch & Toon, and technical motion graphics techniques. Based out of Chicago, Chris also co-founded the annual Half Rez Motion Design Conference and the Chicago C4D user group.

David Ariew started his career in neuroscience at UVA, mapping the brain of the common fruit fly, but quickly realized his passion lays elsewhere. His background is in the border between the music and film industries, where he spent three years working on touring visuals for Dave Matthews Band, and where he first discovered his love of Cinema 4D and Octane Render back in 2013.

Brilly, Formerly Known As Locked And Loading is a Digital Artist. Born and raised in Philly, started his career in Chi-Town, and currently living in St. Pete, he's created a variety of digital artworks. His client list includes some of the largest brands in the world such as Google, Gucci, STARZ, Adobe, Nike, Audi, BMW, and Air Jordan to name a few. He also has created visuals for musical artists such as Skrillex, Amon Tobin, Drake, Scott Storch, DJ Carnage, and Diplo's Mad Decent Label. His personal work is known for having a wide range of imagery through his various "Series" Collections. He has been creating his trademark art series for over nine straight years.

David McGavran joined Maxon in July 2018. The internationally experienced executive comes with extensive expertise and a large network in the Media and Entertainment industry, having worked 20 years in different roles at Adobe. His last position at Adobe Systems was Director of Engineering – Professional Audio and Video. David has considerable experience working with broadcasters, post-production houses and film editors around the world.

Doug is the VFX Director at Perception in NYC. Doug’s projects have ranged from detailed UX interface projects for high-profile security clients, to leading teams on title sequences like Avengers: Age of Ultron, Spider-Man: Homecoming, Avengers: Endgame, and WandaVision.

John LePore has his dream job. After collaborating with many talented studios and directors, John found a home at Perception, where he joined the staff as a senior designer. Hundreds of projects later, John has been the Creative Director at Perception since 2010, working directly under owners Danny Gonzalez and Jeremy Lasky.

From designing ABC News’ data-rich election-night coverage to the gadgets and devices of Iron Man 2 to some of the next generation's most exciting real-world devices, John has played an integral role in Perception’s evolution into the first name in conceptual interfaces. Every day John considers himself fortunate to contribute to blockbuster films, cutting-edge brands, and the most impressive technology products.

As kids, Joel Thomas and his brothers would sit at the kitchen table and draw on sheets of old-school, perforated printer paper. Then, he got his start in 3D when he was in high school by dabbling in mods for computer games. Now, he can survive for months off nothing but the dew of a single ginkgo leaf and the energy of the universe.

Manager of Events and Community at Maxon

For over 10 years, he has discovered and welcomed to the presentation stage hundreds of talented artists from around the world. Host of the 3Dmotionshow.com and 3D motion tour, Mathias stays focused on growth by creating and nurturing a fun, inclusive, environment for artists, creatives, and technology partners.

Beeple is Mike Winkelmann, a graphic designer from Charleston, SC, USA who does a variety of digital artwork including short films, Creative Commons VJ loops, everydays and VR / AR work.

After he began releasing a set of widely used Creative Commons VJ loops he has worked on concert visuals for Justin Bieber, One Direction, Katy Perry, Nicki Minaj, Eminem, Zedd, deadmau5 and many more.

One of the originators of the current "everyday" movement in 3D graphics, he has been creating a picture every day from start to finish and posting it online for over ten years without missing a single day.

Director of commercials and explainers for Bad Robot and Sandwich. Senior content creator at Maxon. Co-founder and creative director at Plot Devices.

Head of Training & Learning at Maxon

Simon Walker, CSI, has worked in post-production since before Photoshop had layers. A certified Master Trainer for both Apple and Adobe professional video suites, Simon manages the global training team, the worldwide Maxon Certification program, and the Cineversity.com training platform.

Travis Ragsdale is a Dallas-based 3D Motion Designer who works with clients such as Callaway, Spotify, Lays, Hot Wheels, Pabst Blue Ribbon, Jagermeister, and more. He loves creating mesmerizing animations and has been posting them on his Instagram for a number of years.